Got most of the way through, on the strength of the worldbuilding, which was great. But I stopped listening because the different stories that make up the book all got so disconnected that I didn't have any characters or plot to really grab onto and I just lost interest. Read full review

I don't read a lot of steampunk, but I do enjoy alternative histories. Re-imagining the brutal period of Belgian rule in central Africa that gives African people agency, freedom from their oppressors ... Read full review

Nisi Shawl is a writer of science fiction and fantasy short stories and a journalist. She is the co-author (with Cynthia Ward) of Writing the Other: Bridging Cultural Differences for Successful Fiction. Her short stories have appeared in Asimov's SF Magazine, Strange Horizons, and numerous other magazines and anthologies. 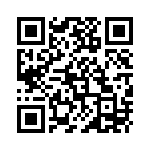