This YA book is starts with Georgiana being dumped off at a girls school with a reputation of reforming girls that don’t fit into society’s role during the Regency period. Of course the school isn’t ... Read full review

Nice alt-history type story with strong and personable female characters. Well-crafted plot with very good depictions of how girls and women were perceived a couple centuries ago and how determined ... Read full review 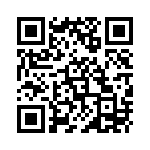