Vampires are out to human thanks to a synthetic blood and they even have their own division in the police force to deal with crimes that revolve around them. Alex is a mummy that works in this dept ... Read full review

Vampires are out in the open now and UMBRA, a top secret group of government-funded vampire hunters, has been dismantled. Now Alex, a former UMBRA agent, has to navigate a new world of bloody drinks ... Read full review

MICHAEL F. HASPIL is a veteran of the U.S. Air Force, where he distinguished himself as an ICBM crew commander. After retiring from the military, he served as a launch director at Cape Canaveral. He has been writing original stories for as long as he can remember and has dabbled in many genres. Graveyard Shift is his first novel. 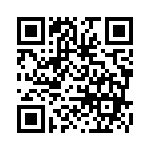