It took its time getting here, but at least we have the sequel to 2015's The Traitor Baru Cormorant, the second of four installments in the Masquerade series. It's much less focused than the first ... Read full review

Lacking the novelty of the setup in the first of the series, this volume has us follow a frequently drunk and dubiously out of control Baru as she does what she's directed to do on her way to bring ... Read full review

SETH DICKINSON's short fiction has appeared in Analog, Asimov's, Clarkesworld, Lightspeed, Strange Horizons,and Beneath Ceaseless Skies, among others. He is an instructor at the Alpha Workshop for Young Writers, winner of the 2011 Dell Magazines Award, and a lapsed student of social neuroscience. He lives in Brooklyn, New York. The Monster Baru Cormorant is the sequel to the critically-acclaimed The Traitor Baru Cormorant. 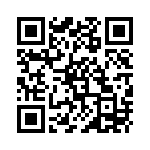