ON THE TRAIL OF THE WOMEN WARRIORS: The Amazons in Myth and History

An unsatisfying Cook's tour of Amazon legends.Filmmaker and broadcaster Wilde suggests that the Amazon myth is not so mythical after all. The women of the Amazon, legend has it, were powerful, fierce ... Read full review

On the trail of the women warriors: the Amazons in myth and history

An intellectual, spiritual, and physical adventure, this book recounts the author's search for the origins of the Amazon myth. Wilde is a broadcaster and film producer rather than a professional ... Read full review

Lyn Webster Wilde is a broadcaster and filmmaker with a degree in English Literature from Cambridge University. She is married and lives in London. On the Trail of the Women Warriors is her third book. 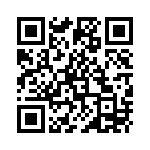