ARC provided by the author in exchange for an honest review. And so we were, on into the night, two boys sharing a light and building a way, one leaf at a time. It's 1984 and a heatwave like no other ... Read full review

WARNING!!! You will either love this book entirely or hate it utterly. Our story is narrated by Fielding Bliss who is now an old man telling you flashbacks back to the year 1984 when his father who ... Read full review

TIFFANY MCDANIEL's writing is inspired by the rolling hills and buckeye woods of Ohio, where she lives. The Summer That Melted Everything is her first novel. 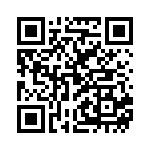