THE BRIDGE AT NO GUN RI: A Hidden Nightmare from the Korean War

A wartime slaughter just waiting to happen, and then did—costing hundreds of innocent civilian lives—is unspooled here in all its misery, by the investigative AP reporters who won a Pulitzer for ... Read full review

The bridge at No Gun Ri: a hidden nightmare from the Korean War

In 2001, Associated Press reporters Hanley, Sang-Hun Choe, and Martha Mendoza broke the story of how U.S. troops opened fire on a group of South Koreans during the Korean War; later, they won a ... Read full review

Sang-hun Choe, Charles J. Hanley, and Martha Mendoza were awarded the Pulitzer Prize for Investigative Reporting. Choe, whose work received a special award from the Korean Journalists Association, is an AP reporter in Seoul, South Korea. Hanley is a special correspondent with the AP International Desk in New York and co-author of two works of nonfiction. Mendoza, the recipient of a John S. Knight Fellowship at Stanford, is an AP national reporter in San Jose, California. 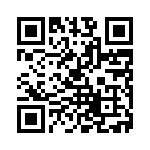