Further adventures of Conor Mac Ardan and his friends who have followed him into exile. They leave the faery who have healed their wounds and seek shelter with the Brigantes, where they remain until a ... Read full review

STEPHEN R. LAWHEAD is the internationally acclaimed author of the best-selling Pendragon Cycle, which received critical acclaim for its creative retelling of the Arthur legend and historical credibility. In addition to that series, he is the author of more than 28 novels and numerous children's and non-fiction books of fantasy and imaginative fiction, including the award-winning Song of Albion trilogy. His trademark style of gifted storytelling combined with strong spiritual vision has placed his books among the enduring favorites of fiction. Lawhead makes his home in Oxford, England, with his wife, Alice. 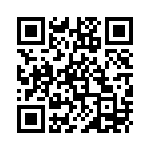