Frederick Douglass and the Fourth of July

James A. Colaiaco received his Ph.D. in intellectual history from Columbia, and has for the past twenty-five years taught Great Books at New York University in the General Studies Program at NYU. Colaiaco is author of Socrates against Athens: Philosophy on Trail, Martin Luther King, Jr.: Apostle of Militant Nonviolence, and James Fitzjames Stephen and the Crisis of Victorian Thought. 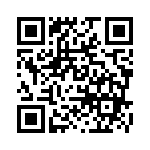