Craig Robertson has produced a chilling police procedural novel, set in Glasgow, and revolving around the police investigation of a series of brutal rapes. A suspect is identified, and subsequently ... Read full review 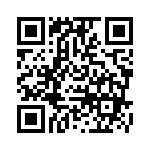