This book starts with a short prologue set in 1920's New York City. A very young brother and sister are spared after their mother is shot and their father kidnapped. Their father was associated with ... Read full review

Somehow I missed this one when it came out. I have loved this series since I first read Book 1 featuring Roy Grace. Roy is portrayed as a detective with integrity and respect for his profession and ... Read full review

Peter James was born in Brighton, England on August 22, 1948. He graduated from Ravensbourne Film School and worked as screen writer and film producer for several years. He began his writing career in 1979 and has written over 25 books including Dead Letter Drop, Twilight, Host, Alchemist, The Perfect Murder, Perfect People, and Detective Superintendent Roy Grace series. He won the UK Crime Writers Association Diamond Dagger award in 2016. The Diamond Dagger is awarded to writers whose careers are `marked by sustained excellenceż, and who have `made a significant contribution to crime writing published in the English languageż. Recipients are selected from nominations submitted by CWA members. 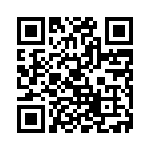