Trained as an actress, Barbara Nadel used to work in mental health services. Born in the East End of London, she now writes full time and has been a visitor to Turkey for over twenty years. She received the Crime Writers' Association Silver Dagger for her novel DEADLY WEB, and the Swedish Flintax Prize for historical crime fiction for her first Francis Hancock novel, LAST RIGHTS.
To find out more, follow Barbara on Twitter @BarbaraNadel or visit her website www.barbara-nadel.com 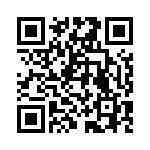