I have read several of Kellerman's Alex Delaware books and not been impressed. I thought I would try this one, with a new main character. I found it similar to the earlier ones. The stories themselves ... Read full review

As a big fan of Alex Delaware, I tend to enjoy Jonathan Kellerman's prose, but in this case, it just didn't fly for me. New character, Clay Edison, is a deputy coroner working on a case of a heart ... Read full review

Jonathan Kellerman is one of the world's most popular authors. He has brought his expertise as a clinical psychologist to three dozen bestselling crime novels, including the Alex Delaware series. With his wife, the novelist Faye Kellerman, he also co-authored the bestsellers DOUBLE HOMICIDE and CAPITAL CRIMES. He has won the Goldwyn, Edgar and Anthony Awards and has been nominated for a Shamus Award. Jesse Kellerman is the author of five novels. He has won several awards for his writing, including the 2003 Princess Grace Award, given to America's most promising young playwright, and the 2010 Grand Prix des Lectrices de Elle for THE GENIUS. POTBOILER was also nominated for a best novel Edgar Award by the Mystery Writers of America. He lives with his wife and son in California. 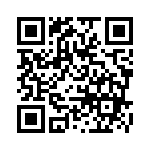