Philip K. Dick (1928-1982) was born in Chicago but lived in California for most of his life. He went to college at Berkeley for a year, ran a record store and had his own classical-music show on a local radio station. He published his first short story, 'Beyond Lies the Wub' in 1952. Among his many fine novels are THE MAN IN THE HIGH CASTLE, TIME OUT OF JOINT, DO ANDROIDS DREAM OF ELECTRIC SHEEP? and FLOW MY TEARS, THE POLICEMAN SAID.For more information visit www.philipkdick.com 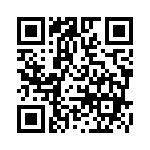