J.E. Kaufmann is a retired teacher and presently an adjunct professor at Palo Alto Jr. College and H.W. Kaufmann, PhD, is a retired professor, and they live in the United States. Their most recent books on fortifications are The Maginot Line, The Atlantic Wall, The Forts and Fortifications of Europe 1815-1945: The Central States, The Forts and Fortifications of Europe 1815-1945: The Neutral States and Verdun 1916: The Renaissance of the Fortress. 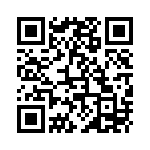