Emily Robins Sharpe is an associate professor in the Department of English at Keene State College, where she is also an affiliate faculty member of the Departments of Women's and Gender Studies, and Holocaust and Genocide Studies. 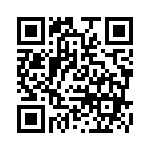