Cristina Mazzoni is Professor of Romance Languages and Linguistics and Director of the Italian Studies Program at the University of Vermont. 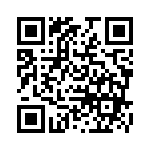