Constance Brittain Bouchard is a distinguished professor emerita in the Department of History at the University of Akron. 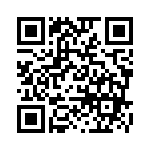