Tilottama Rajan is a Canada Research Chair and distinguished university professor at Western University, the former Director of its Centre for Theory and Criticism, and the founder of the North American Society for the Study of Romanticism.

Joel Faflak is professor of English and Theory at Western University, where he was also the Inaugural Director of the School for Advanced Studies in the Arts and Humanities. 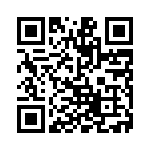