Lara Anderson is convenor of the Spanish & Latin American Studies program at the University of Melbourne, Australia. 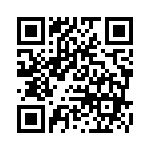