David Miller is the Director of International Diplomacy and Global Ambassador of Inclusive Climate Action at C40 Cities Climate Leadership Group. He is responsible for supporting nearly 100 mayors of the world's largest cities in their climate leadership and building a global movement for socially equitable action to mitigate and adapt to climate change. He served as Chair of C40 Cities from 2008 until 2010.Miller was Mayor of Toronto from 2003 to 2010. Under his leadership, Toronto became widely admired internationally for its environmental leadership, economic strength, and social integration. He is a leading advocate for the creation of sustainable urban economies and a strong and forceful champion for the next generation of jobs through sustainability. Miller has held a variety of public and private positions and served as Future of Cities Global Fellow at the Polytechnic Institute of New York University from 2011 to 2014.Miller is a Harvard-trained economist and professionally a lawyer.

Bill McKibben grew up in Lexington, Massachusetts. He was president of the Harvard Crimson newspaper in college. Immediately after college he joined the New Yorker magazine as a staff writer, and wrote much of the "Talk of the Town" column from 1982 to early 1987. After quitting this job, he soon moved to the Adirondack Mountains of upstate New York. His first book, The End of Nature, was published in 1989 by Random House after being serialized in the New Yorker. It is regarded as the first book for a general audience about climate change, and has been printed in more than 20 languages. Several editions have come out in the United States, including an updated version published in 2006. His next book, The Age of Missing Information, was published in 1992. It is an account of an experiment: McKibben collected everything that came across the 100 channels of cable tv on the Fairfax, Virginia system (at the time among the nation's largest) for a single day. He spent a year watching the 2,400 hours of videotape, and then compared it to a day spent on the mountaintop near his home. This book has been widely used in colleges and high schools, and was reissued in 2006. McKibben's latest book is entitled, Eaarth: Making a Life on a Tough New Planet. Bill currently resides with his wife, writer Sue Halpern, and his daughter, Sophie in Ripton, Vermont. He is a scholar in residence at Middlebury College. 030 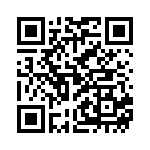