Sebastian Voigt is an assistant professor at the Leibniz Institute for Contemporary History, Munich - Berlin. 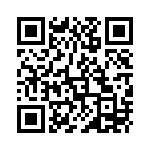