John Mitton is a PhD candidate in the Department of Political Science at Dalhousie University and a Fulbright Visiting Researcher at the University of Southern California. 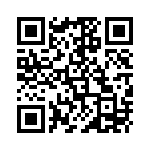