Michael Lambek is a professor and Canada Research Chair in the Department of Anthropology at the University of Toronto Scarborough.

Michael D. Jackson is a New Zealand poet and anthropologist who has taught in anthropology departments at Massey University, the Australian National University, Indiana University Bloomington, and the University of Copenhagen. He is a religion professor at Harvard Divinity School in Cambridge, MA, USA. 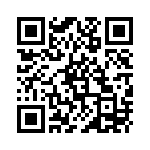