David R. Cameron is a professor of Political Science and Special Advisor to the President and Provost at the University of Toronto.

Robert C. Vipond is a professor of Political Science at the University of Toronto. 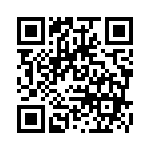