Slav N. Gratchev is a professor of Spanish at Marshall University.

Irina Evdokimova is an independent scholar and a lawyer who used to work as a Criminal Prosecutor for the Attorney General Office.

Margarita Marinova is a professor of English and Comparative Literature at Christopher Newport University. 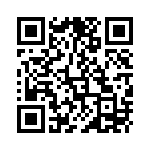