Stephanie Laurens was born in Sri Lanka, which was at the time the British colony of Ceylon. Her family moved to Melbourne, Australia, where she eventually received a Ph.D in biochemistry. She and her husband moved to London for four years where they worked as research scientists. They returned to Melbourne where she worked in the field of cancer research and eventually ran her own research laboratory. She began writing romance novels as a hobby, but due to her success she became a full-time novelist. Her first book, Tangled Reins, was published in 1992. Her other works include the Cynster Family series, the Cynster Sisters series, and the Bastion Club series. Stephanie's book's, By Winter's Light and The Lady By His Side made the New York Times bestseller list. 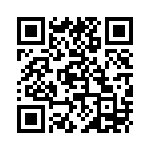