Burke’s lackluster latest (after Into the Savage Country) follows Willie Brennan through his teen years as he deals with his overbearing brother, Coyle, and their father, who clawed his way up from ... Read full review

Burke writes about "the weird, poor family in the rich neighborhood' and how their childhood was a crucible that molds and toughens them. Central are brothers Coyle and Willie Shannon and the ... Read full review

SHANNON BURKE is the author of the novels Safelight, Into the Savage Country, and Black Flies, a New York Times Notable Book. He has also worked on several film projects, including Syriana, and is the co-creator of the 2020 Netflix hit Outer Banks. He lives in Knoxville, Tennessee. 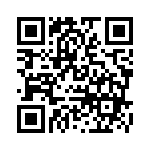