Well, he's a better talker than writer. Heard him on a science programme on the radio and he communicated beautifully, but this book just doesn't work for me. It's really choppy, too many anecdotes ... Read full review

Interesting tour of scientific theories of life and what the boundary conditions are. Crystals “grow” but we’re pretty sure they’re not alive, but what are the actual requirements for life? For ... Read full review

Carl Zimmer writes the Matter column for the New York Times and has frequently contributed to the Atlantic, National Geographic, Time, and Scientific American. He has won the American Association for the Advancement of Science's Science Journalism Award three times, among a host of other awards and fellowships. He teaches science writing at Yale, has been a guest on NPR's RadioLab, Science Friday, and Fresh Air, and maintains an international speaking schedule. He is the author of thirteen books about science, including She Has Her Mother's Laugh, which was shortlisted for the Baillie Gifford Prize in 2018. 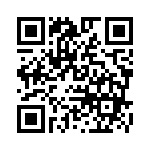