The School That Escaped the Nazis: The True Story of the Schoolteacher Who Defied Hitler

Deborah Cadbury is the author of ten acclaimed books including Queen Victoria's Matchmaking, Princes at War, Chocolate Wars, The Dinosaur Hunters and Seven Wonders of the Industrial World, for which her accompanying BBC series received a BAFTA nomination and which was a Sunday Times bestseller. Before turning to writing full-time she worked for thirty years as a BBC TV producer and executive producer. She has won numerous international awards, including an Emmy. 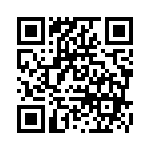