Stephen King is the author of more than sixty books, all of them worldwide bestsellers. His recent novels include The Outsider and The Institute, described in the Sunday Express as 'a masterpiece'.

King's prize winning crime thrillers featuring Holly Gibney include Mr Mercedes, winner of the Edgar Award for best novel, and The Outsider, which received the Goodreads Choice Award for the Best Mystery and Thriller.

Many of King's books have been turned into celebrated films, television series and streamed events including The Shawshank Redemption, Misery and It.

King is the recipient of the 2014 National Medal of Arts and the 2003 National Book Foundation Medal for Distinguished Contribution to American Letters. He lives in Bangor, Maine, with his wife, novelist Tabitha King. 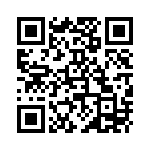