MICHAEL STEPHEN FUCHS is co-author of the first eight books of the bestselling ARISEN series; as well as solo author of Books Nine through Twelve, and the prequels ARISEN: GENESIS and ARISEN: NEMESIS - which have repeatedly been Amazon #1 bestsellers in Post-Apocalyptic Science Fiction, #1 in Dystopian Science Fiction, #1 in Military Science Fiction, #1 in War Fiction, and #1 in War & Military Action Fiction, as well as Amazon overall Top 100 bestsellers. The series as a whole has sold over a quarter million copies. The audiobook editions, performed by R.C. Bray, have generated nearly a million dollars in revenue. Fuchs is also author of the D-BOYS series of high-tech special-operations military adventure novels, which include D-BOYS, COUNTER-ASSAULT, and CLOSE QUARTERS BATTLE (coming in 2017); as well as the existential cyberthrillers THE MANUSCRIPT and PANDORA'S SISTERS, both published worldwide by Macmillan in hardback, paperback and all e-book formats (and in translation). He lives in London and blogs at www.michaelfuchs.org/razorsedge. You can also follow him on Facebook (facebook.com/michaelstephenfuchs), Twitter (@michaelstephenf), or by email (www.michaelstephenfuchs.com/alerts). 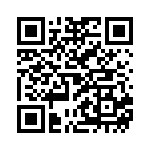