Henry Milner teaches political science at Vanier College, is an adjunct professor at Laval, a visiting fellow at Queen's, and co-editor of Inroads. He has studied electoral reform in New Zealand and published extensively on Scandinavian institutions. 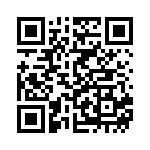