Almost the perfect book. Reads well, and provides some interesting insights. Sometimes dissertations turned books can be plodding, but this one moves along nicely. A nice balance between personalities ... Read full review

SHARON TOSI LACEY earned her Ph.D. in military history from the University of Leeds, and is also a graduate of the United States Military Academy and Long Island University. She has served as a U.S. Army officer for more than 22 years and published more than 30 articles on military issues in magazines and journals. She currently lives in Northern Virginia with her husband and four children. 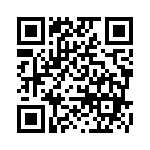