JOSEPH RESCIGNO is a seasoned conductor with a career that has taken him to more than fifty companies. He has served as guest conductor at opera houses around the world. He served as artistic advisor and principal conductor of the Florentine Opera Company in Milwaukee for 38 seasons and has been music director of La Musica Lirica in Novafeltria, Italy, since 2005. He has also recorded extensively, including two world premieres. He lives in New York City. 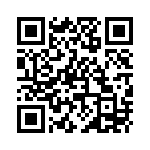