KENNETH WILSON has an MBA from the University of Texas, where he also studied Art. A retired silversmith, artist, and craftsman with a life-long interest in American history, Wilson has collected, catalogued, and researched real photo postcards for more than twenty years. He lives in Dripping Springs, Texas, with his wife, the artist Debbie Little-Wilson. 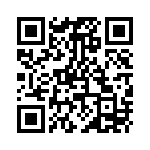