I've read this book twice now, because I absolutely love Valenti's style. I don't agree with everything she says, but the way she says it keeps me coming back for more. I'm currently working to get more of her books in our school library's (slightly outdated) feminist section. Read full review

This book is plainly aimed at women younger than myself, but it is still a great read, even though some of the slang and the extremely casual tone made it less accessible to older women. It is a full ... Read full review

Jessica Valenti--called one of the Top 100 Inspiring Women in the world by The Guardian--is the author of four books on feminism, politics, and culture. Jessica is also the founder of Feministing.com, which Columbia Journalism Review called "head and shoulders above almost any writing on women’s issues in mainstream media.” Her writing has appeared in The Washington Post, The Nation, The Guardian (UK), The American Prospect, Ms. magazine, Salon, and Bitch magazine.

Jessica received her Masters degree in Women’s and Gender Studies from Rutgers University. She lives with her husband and daughter in New York. 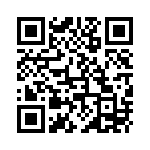