Well written with a complex and engaging story line. I couldn't put the book down! My only problem was that the world was a bit TOO complicated at times. Hahaha. It made my head spin though I ... Read full review

Points of Hopes is a fantasy mystery with a historical feel, although it’s set in a different world. In the city of Astreiant, children are disappearing. Rafe is one of the watchmen investigating the ... Read full review 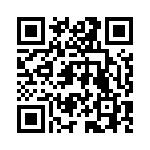