I think Harlan Coben is a very talented author and I absolutely love his Myron Bolitar series. The book was well-written and I loved the interactions between the characters. However, the plot of Long ... Read full review

Myron Bolitar has found himself in a settled and grounded relationship, except well, the woman he loves, Ali has just dumped him. And suddenly, a call from a very beautiful woman from the past spurs ... Read full review

Harlan Coben was born in Newark, New Jersey on January 4, 1962. After receiving a political science degree from Amherst College, he worked in the travel industry in a company owned by his grandfather. He writes the Myron Bolitar series and Mickey Bolitar series. His other works include Gone for Good, The Innocent, The Woods, Hold Tight, Caught, Stay Close, Six Years, Missing You, The Stranger, Fool Me Once, Home, and Don't Let Go. Tell No One was turned into the multiple award-winning 2006 French film Ne le Dis ŕ Personne. He was the first author to win the Edgar Award, Shamus Award, and Anthony Award. 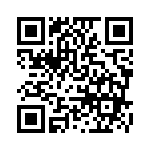