Born in 1966 in Belgium, Jean-Luc Cornette studied at Saint-Luc in Brussels. He began his career in Tintin Reporter and Spirou and as the colorist of Antonio Cossu, Philippe Foerster and André Taymans. He is also a prolific writer, collaborating with many artists including Karo on several short stories and volumes. He has also written three children’s books illustrated by himself or by Jean-Marc Rochette and José Parrondo.

Stephane Oiry is a French cartoonist who was born in 1970 in Nantes. After studying architecture in Strasbourg, he decided to pursue illustration and comics. He has worked in animation on the series “The Fly”, in the press, and in children’s books. In 2004, he founded the Cosmic Capsule magazine where he became deputy editor. Oiry was nominated three times at the Angoulęme Festival for Through The Walls, Volumes 1 & 2 and A Life Without Barjot. 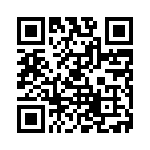