Yannick Le Pennetier, better known as Yann, began his career as an artist, but soon became one of France's most popular comics writers. He was born in 1954, and after working in advertising and architecture, had his first comics published in the "Carte Blance" section of Spirou in 1974. Known for his satirical style, Yann has collaborated with numerous other artists, including as Didier Conrad in ‘The Unspeakables’ series, as well as co-creating the ‘Lucky Luke’ spin-off ‘Kid Lucky’ under the pseudonym Pearce.

Edith Grattery, known simply as Edith, is a French artist born in 1960. As a member of the Asylum, a group of young illustrators and writers, she collaborated on several projects by other artists. In 1988, she created ‘Ornicar’ with writer Gonard and two years later she began her most well-known series, ‘Basil and Victoria’ with Yann. This series was also adapted to television under the name of ‘Orson and Olivia’. She has also illustrated several children’s books. 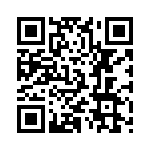