Juan Gimenez is an Argentinian comic book artist. His style has become famous for the extreme attention he devotes to technical details. Gimenez has also written his own stories,such as “The Fourth Power” series. 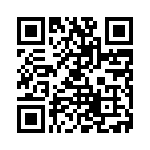