Jean-Claude Gal was a French comic artist mostly known for his work in Metal Hurlant. He began his career as an art teacher near Paris before his short stories were published. Appearing in the very first issue of Metal Hurlant, Gal continued a partnership with editor/author/ co-founder of Humanoids, Jean-Pierre Dionnet, that included 13 years on the series “Armies”. He began working on “Diosamante”, written by Alexandro Jodorowsky until his death in 1994. 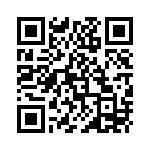