Yves Chaland was a French cartoonist born in 1957 in Lyon, who was a master of the ligne-clair style. He helped launch the nostalgic 1950s Atomic style in Franco-Belgian comics in the 1980s. He created the characters of Freddy Lombard, and Young Albert, a mischievous boy living in a working-class area of Brussels. He also designed many advertising campaigns in his crisp, clean, "retro-modern" cartoon style. In 1990, Chaland died in a tragic car accident. After his death, several books with his illustrations and unfinished stories have been published. 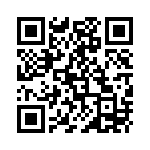