Philippe Petit-Roulet was born in Paris in 1953 and published his first comic in Zinc magazine in 1973. He often collaborates with writer Didier Martiny, creating ‘The Flop Circus’ in 1985 for the magazine Metal Hurlant. In the early 1990s, he illustrated children's books for the Reporter and Le Seuil Jeunesse. Petit-Roulet also ventured into animation and produced 'Loulou and Other Wolves', in addition to working extensively in the field of advertising.

Francois Avril was born in 1961 in Paris. A graduate of the National School of Applied Arts and Craftsmanship, he got his start as an illustrator for magazines, advertising and publishing. He has created comics and children’s books, and has exhibited his artwork in Paris, Geneva, Amsterdam, Brussels, Strasbourg and Tokyo. Like Petit-Roulet, he is a member of the "Pigalle School" of the mid-1980s named after the Paris neighborhood, known for contemporary variants of the ligne claire style. 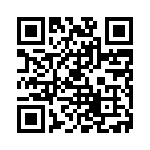