Jean-Pierre Dionnet began his career as a comics writer in 1971 writing short stories for artists like Philippe Druillet and Jean-Claude Gal. Continuing to write, he also moved into editorial work. In 1975, he co-founded Métal Hurlant magazine, along with Bernard Farkas, Philippe Druillet and Moebius. He became and remained editor-in-chief for ten years. Leaving what had become Les Humanoids Associes (Humaniods) in 1986, Dionnet has gone on to a successful careers as journalist, film producer, TV presenter and a blogger.

Jean-Claude Gal was a French comic artist mostly known for his work in Metal Hurlant. He began his career as an art teacher near Paris before his short stories were published. Appearing in the very first issue of Metal Hurlant, Gal continued a partnership with editor/author/ co-founder of Humanoids, Jean-Pierre Dionnet, that included 13 years on the series “Armies”. He began working on “Diosamante”, written by Alexandro Jodorowsky until his death in 1994. 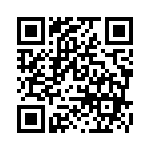