Sylviane Corgiat is a prolific French writer who won the Grand Prix du Livre Jeunesse for her YA novel, “The Memory Traffickers,” and has written for the long-running French cop TV series, “Navarro.” She has written numerous comic book series including “Elias the Cursed” (Humanoids).

Laura Zuccheri is an Italian artist who has worked on numerous Italian publications including “Ken Parker” magazine, “The Condemned” and “Hardware” (Sergio Bonelli). She won the The Grand Guinigi Award for Best Art at Lucca Festival for her “Swords of Glass” work. 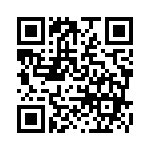