Born in France, Éric Corberand started his carrier as the writer of the series Les Griffes du marais in 1990. Using the pseudonym Corbeyran, he made a successful foray in a variety of styles including the thriller (Le chant des Stryges), social chronicles (Paroles de Taulards), sci-fi (Les hydres d’Ares) and humor (Le Cadet des Soupetard). En 2010, he develops with Cécil the steampunk universe's The Bombyce Network, published by Humanoids. In 2016, still with Humanoïds he started the adaptation of Orion’s Outcasts, based on the best-seller written by sci-fi cult author Julia Verlanger. He is one of the most prolific French comic writers, with nearly one hundred and thirty books to his name.

Jorge Miguel was born in 1963, in Amadora, Portugal. He started as an illustrator and storyboard writer, but later turned to cartoons and printmaking. Later, watercolor became his favorite technique. At the Platano publisher, he made the comics Camoes and O Fado Ilustrado. At Les Humanoïdes Associés, he began by illustrating the comedy series The Z Word, written by Jerry Frissen. He then illustrted the thriller, Balkans Arena, a one-shot comic with Philippe Thirault. Most recently, he drew the first volume of the concept series Seul Survivant (Sole Survivor) before tackling in 2016 the graphic adaptation of Julia Verlanger's novel La Croix des Décastés with Corbeyran in the screenplay. Jorge currently lives in Portugal.

Julia Verlanger is one of the pen names of the acclaimed science-fiction writer Eliane Grimaître (1929-1985). Ever-enigmatic, she kept her identity secret throughout her career by using psuedonyms including Julia Verlanger and Gilles Thomas, a masculine name that was considered more acceptable in the field at the time. Under the name of Gilles Thomas, Eliane would become very prolific, penning three to four novels a year including L’Autoroute Sauvage (Savage Highway) and La Croix des Décastés (The Outcast’s Cross). In honor of his late wife, Jean-Pierre Tâïeb created the prestigious Julia Verlanger Prize in 1986. Julia Verlanger left an indelible mark on the world of popular literature, and her titular prize is awarded to science fiction or fantasy novels that best emulate her success. 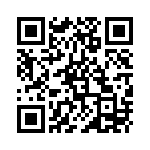