Ray Bradbury was born in Waukegan, Illinois on August 22, 1920. At the age of fifteen, he started submitting short stories to national magazines. During his lifetime, he wrote more than 600 stories, poems, essays, plays, films, television plays, radio, music, and comic books. His books include The Martian Chronicles, Fahrenheit 451, The Illustrated Man, Dandelion Wine, Something Wicked This Way Comes, and Bradbury Speaks. He won numerous awards for his works including a World Fantasy Award for Life Achievement in 1977, the 2000 National Book Foundation Medal for Distinguished Contribution to American Letters, the 2004 National Medal of Arts, and the 2007 Pulitzer Prize Special Citation. He wrote the screen play for John Huston's classic film adaptation of Moby Dick, and was nominated for an Academy Award. He adapted 65 of his stories for television's The Ray Bradbury Theater, and won an Emmy for his teleplay of The Halloween Tree. The film The Wonderful Ice Cream Suit was written by Ray Bradbury and was based on his story The Magic White Suit. He was the idea consultant and wrote the basic scenario for the United States pavilion at the 1964 World's Fair, as well as being an imagineer for Walt Disney Enterprises, where he designed the Spaceship Earth exhibition at Walt Disney World's Epcot Center. He died after a long illness on June 5, 2012 at the age of 91.

Stewart O'Nan was born in Pittsburgh, Pennsylvania on February 4, 1961. He received a B. S. from Boston University in 1983 and received a M. F. A. in fiction from Cornell University in 1992. Before becoming a writer, he worked as a test engineer for Grumman Aerospace from 1984 to 1988. He has written several novels including The Speed Queen, A Prayer for the Dying, Last Night at the Lobster, The Circus Fire, and Faithful: Two Diehard Boston Red Sox Fans Chronicle the Historic 2004 Season. In the Walled City won the 1993 Due Heinz Literature Prize; Snow Angels won the 1993 Pirates Alley William Faulkner Prize; and The Names of the Dead won the 1996 Oklahoma Book Award. Snow Angels was made into a feature film in 2007. In 1996, he was listed as one of Granta's best young American novelists.

Al Sarrantonio has written 28 novels and has had his short stories appear in publications such as, "Heavy Metal," Twilight Zone," "Isaac Asimov's Science Fiction Magazine" and "Realms of Fantasy." He has also had his work appear in such anthologies as "The Year's Best Horror Stories," Visions of Fantasies: Tales from the Masters," "Great Ghost Stories" and "The Best of Shadows." Sarrantonio writes a host of genres, including, science fiction, fantasy, horror and western. His novels include, "Exile," "Moonbane," "October," "West Texas" and "Campbell Wood." He was nominated for the Bram Stoker Award of the Horror Writer's Association and the Private Eye Writer's of America's Shamus Award. Sarrantonio has edited three volumes of humor as well as co-edited "100 Hair Raising Little Horror Stories.

Author Peter Straub was born in Milwaukee, Wisconsin in 1943. He earned degrees in English from the University of Wisconsin and Columbia University. He taught English at his former high school for three years and worked for a time on his doctorate in Ireland. He began writing in 1969 and published two books of poetry in 1972. His novel Julia (1975) was an attempt to find a successful genre in which to work, after his first novel, Marriages (1973), did not sell well. He found that he had a talent for writing horror thrillers in the Gothic tradition. His stories are complex and well paced, with authentic settings that add to the believability of the plot. He is particularly good at creating grotesque characters and gruesome situations; the eeriness of his work is captivating. He has won numerous awards including the British Fantasy Award, the Bram Stoker Award, and the World Fantasy Award.

Author F. Paul Wilson was born in Jersey City, New Jersey on May 17, 1946. He has written over forty books and short story collections. He is best known for the Repairman Jack series and the Sims series. He won the Prometheus Award in 1979 for Wheels Within Wheels and in 2004 for Sims. He also won a 1984 Progie Award from the West Coast Review of Books for The Tomb, the Hall of Fame Award from the Libertarian Futurist Society in 1990 for Healer and in 1991 for An Enemy of the State, and the 1999 Bram Stoker Award for short fiction for Aftershock. His book The Keep was made into a film in 1983. In 2012 his title Nightworld made The New York Times Bestseller List. 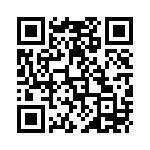