Bruce Gilley is an associate professor of political science at the Mark Hatfield School of Government at Portland State University. He is the author of five previous books, including the forthcoming The Nature of Asian Politics, and has twice won the Canada International Council's Cadieux Award for best article.Andrew O'Neil is a professor in the School of Government and International Relations and director of the Asia Institute at Griffith University in Australia. He has been editor-in-chief of the Australian Journal of International Affairs; his most recent book is Asia, the US and Extended Nuclear Deterrence: Atomic Umbrellas in the Twenty-First Century. 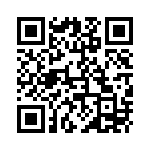